At SF Giants FanFest on Saturday Feb. 8th, the San Jose Giants had a booth up on the Club Level, advertising for a season that might easily be more interesting than the one in San Francisco.  But I was quickly distracted by something they were selling.

Yep, San Jose and Sacramento on one hat.

I usually hate mashup hats, but that’s usually because it’s something rather frankensteinery like the A’s and Giants on one hat.  But as a minor league fan, this hat is a nice little combination of sister teams in the farm, and I’m onboard with that.  The grey isn’t very exciting, but it’s a good neutral color when teams have clashing color palettes.

Now, I’m just craving a hat that covers the full system, five logos, from Sacramento to Salem-Keizer.  Eh, maybe the Giants logo as well, I suppose, if we have to.  But let’s get that done sooner rather than later.  After all, we might be down to four after this season, if Rob Manfred and Jeff Luhnow has their way.

The hat will be available from the San Jose Giants and the River Cats stores as long as supplies last, so if you want one, definitely check it out fast. 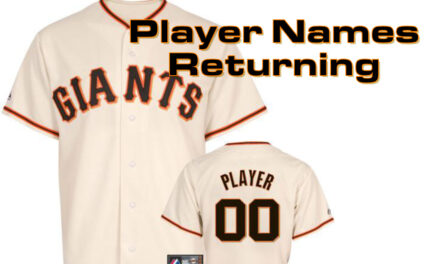