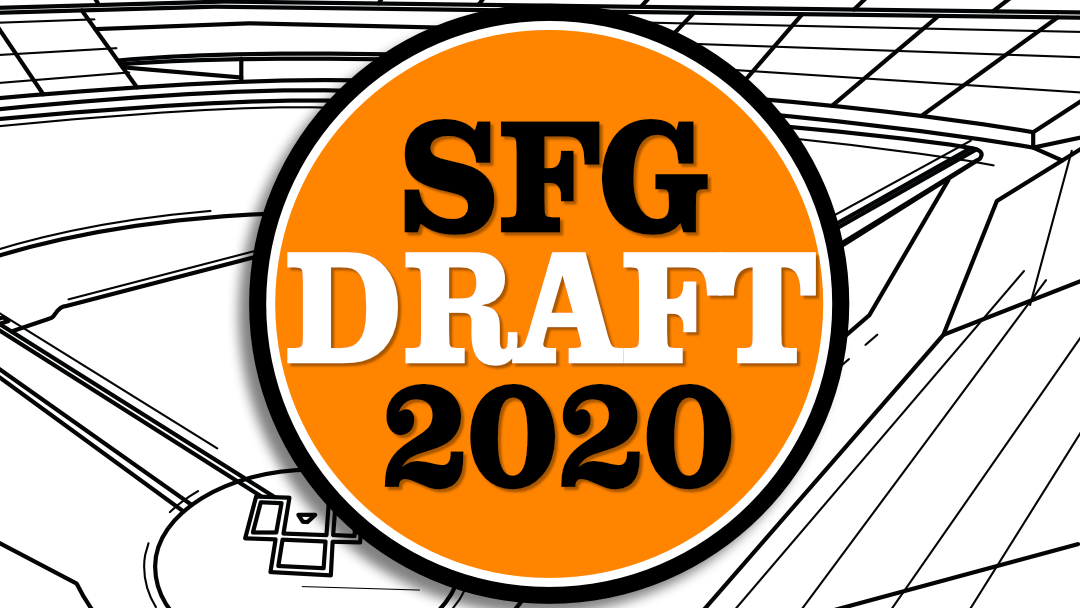 This draft, the second round will be very interesting.  The Giants have their normal second round pick (#49 overall), and then back-to-back picks at #67 and #68 overall in the compensation round, for losing free agents Madison Bumgarner and Will Smith.

Predicting who will be available in the second round is hard enough.  Predicting who the Giants will be looking at, or even who will be signable, is even harder.  But still, that doesn’t stop people like me from trying to make predictions.  So, here are some names to keep your eye on for both the regular second round pick, and the two compensation picks (and maybe for the third round pick at #85).

Let’s start with a player who would have to slip to be available.  Winn is a two-way player without a clear better side.  He’s a three-pitch guy with a mid-90’s fastball with deception.  He’s also a speedy shortstop with a good arm and surprising power for a 5’11 size.  He’s plays the game fast, and there are some makeup concerns, but he’s a very intriguing talent to be able to get.

He’d probably be the tallest pitcher in whatever organization drafts him, other than the Giants, with a 6’7” build and a mid-90’s velocity.  He doesn’t have much projection left for power, and he still needs to sharpen his offspeed stuff, but he does have excellent control for a pitcher his size.  He doesn’t have an out pitch yet, but he’d be another pitcher for the Giants who gets lots of ground balls and would want a strong infield behind him.

Williams is a glove-first shortstop that might be available for the Giants to steal in the second round.  He was miscast as a middle-of-the-order hitter in ASU, where as he fits better as a line drive and gap power hitter.  Although he doesn’t have elite speed, he should have no problem sticking at shortstop with an accurate arm from any angle.  And while everyone was watching Torkelson at ASU this year, the Giants scouts will have seen even more of Williams, having drafted his former teammate Hunter Bishop last season.  If he’s available, I’d be surprised if the Giants don’t take him.

Santos would be a pitcher with more projection than present stuff, not unlike Seth Corry was two seasons ago.  He currently throws in the low-mid 90’s, and his best offspeed pitch is a curveball, both of which have great spin rates.  He also has a changeup he’s developing.  Santos has some risk that comes with projection, but he’s a high ceiling kind of guy.

Shuster has been a late riser thanks to being a, say it with me now, Cape Cod League star.  I don’t know if the CCL will be as popular with Zaidi as it was with the Sabean-led organization, but it might be.  From the left side, he throws 96-97 with a plus changeup and an average slider, but also with excellent control.  There’s a chance he’s available at the end of the second round for the compensation picks, but the Giants may like a guy like him enough to pop him earlier.

Another guy who might slide to the compensation round, but Workman’s power might keep him higher.  He’s a 6’4 switch-hitting third baseman who is a bit raw, and has above average power and speed.  He’s also a third baseman who played shortstop in the Cape Cod League, but played third next to Williams, listed above.  Workman is more raw than other college juniors, but he will be just 20 on draft day, and that is something the Giants might value.

Let’s start with the local kid.  Harrison is a lefty and UCLA recruit with a low-90’s fastball with movement and projection, plus two good off-speed pitches.  He also throws with good control and deception, with a clean delivery.  He might need a bit of a buyout to sign away from UCLA, but that hometown team might persuade him to sign.

If Witt makes it to the compensation rounds, he will only sign for big money, so I am putting him here only if the Giants do go underslot early.  Witt is a two-way player who probably has a better future on the mound, or a future in the OF if he keeps hitting.  He hasn’t reached his full potential at all yet, but with a former big leaguer as a father (Kevin Witt), there’s every belief he has the base to make it.  But, with potential to come, he may want to go to college and take his chance at becoming a first round pick.

Logan Allen is your pitchability lefty.  His fastball velocity sits around only 90, but he works it off his changeup, which is his best pitch, and a big curveball to keep hitters off balance.  Mix in control, and he’s got the stuff that can still get strikeouts without being overpowering.  Allen is more of safe, high ceiling pick, but in the compensation round, that would be a very good get.

Hence is someone who might slide into the third round, but the Giants might do better to jump on him in the compensation round.  He’ll be young on draft day, at 17, and has a lot of projection.  He’s already throwing 93-95 with motion, and has a plus slow slider that works between 76-81, with a curveball that also has good spin.  His changeup also has potential.  The Giants have noted to be liking younger players, and Hence has the ability to be a steal at this level.

I’ve noted before how much I love speed, so I had to include Bradfield, who could also slip to the third round pick.  Bradfield is another 80-speed player, a sure-fire center fielder with good instincts and a plus arm.  He also makes good contact.  Where there is a problem is that he has sub-par power, and is unlikely to ever develop it.  He doesn’t need to to become a big league center fielder, but it’ll push him down in the draft, maybe too far to sign away from Vanderbilt.  If the Giants don’t take one of the center fielders in the first round, they might like Bradfield here.

Barnhart is a two-sport star, a quarterback as well as a pitcher, but his velocity jumped this year that put him on draft boards and a commitment to stay with baseball.  With a low 90’s fastball that might get into the mid levels, and a high-spin curveball that scouts love.  He also has always had good command.  He’s a bit inexperienced, but some teams might like that and see a lot of potential in him.

Bowser is an intriguing prospect with upside and risk, and another one with signing difficulties, being committed to Stanford.  But he gets great exit velocities despite fringy bat speed, and spent this last winter making adjustments that helped him with inside hard stuff.  He’s also a “student of the game” according to the MLB scouting report, which the Giants would love.  If he slips due to signability, the Giants may jump on him. 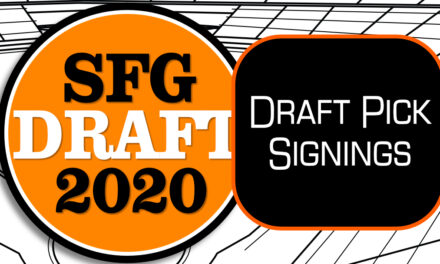 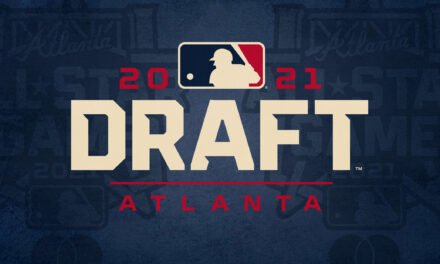