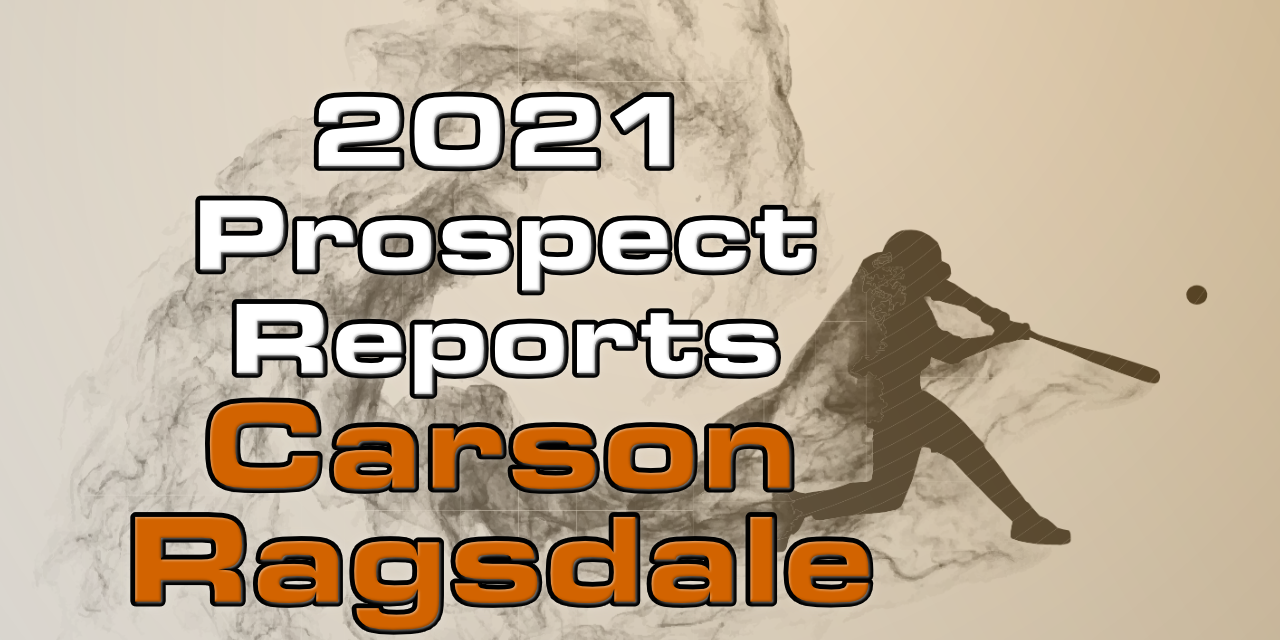 Performance: Ragsdale missed 2019 after having Tommy John surgery, but his return to the University of South Florida team also had a change in role, as he moved from the bullpen to the rotation.  Ragsdale made four starts before the 2020 season was shut down, and was a strikeout king, with 37 strikeouts in 19 innings (a whopping 17.5 SO9 rate).  In his four starts, he struck out 10, 9, 8, and 10 respectively, and the final game with 10 strikeouts was

He struggled a touch with control (7 walks, a 3.3 BB9 rate), but since he didn’t give up many hits it didn’t come back to bite him.

Strengths and Weaknesses: Ragsdale has an imposing frame, but his fastball hasn’t quite yet caught up to what you’d expect from his height.  It sits in the low 90’s and touched up to 96 in college, but scouts like the potential for it to still get stronger.

He matches it with a strikeout curveball that has great vertical break, which is still improving.  With his height, he could do well with the tunneling technique the Giants are favoring, pairing high fastballs with dropping breaking pitches.

What he doesn’t have is a good third pitch, which is why some scouts think he may be a reliever long-term.  Currently, his third pitch is a changeup, which he will have to improve significantly.

2021 Outlook: As a 2020 draftee, Ragsdale hasn’t had much of a chance to show what he can do, and he’ll be switching coaches with the trade.  Starting over, he’ll almost certainly be starting in San Jose, and the Giants have already stated they’ll be grooming him as a starter, so he’ll be in the rotation.

Future Profile: College stats are hard to parse out and predict with to begin with, and Ragsdale’s stat sheet is even more limited than most, but those strikeout numbers were too fantastic to not imagine a high strikeout starter in the middle of the rotation.  But Ragsdale has a lot of work to do to get anywhere close to that, and there is a severe reliever risk.  But then, a reliever with a strikeout mix of pitches isn’t a bad thing either. 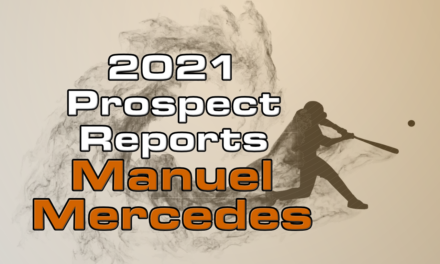 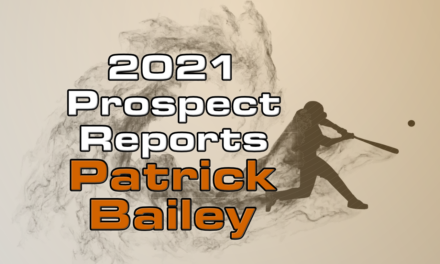 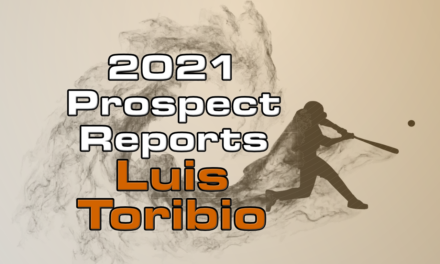 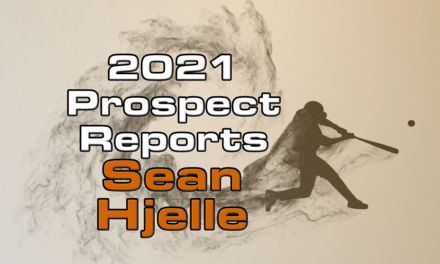