Two big prospect lists for the Giants came out on Thursday, with MLB releasing their Giants Top 30 as part of the rollout of the new mlb.com/prospects page, while The Athletic’s Keith Law released his Top 20 prospects for the Giants.  At the top of the lists, the only real question about the Top 4 guys is what order they’re in.

Of course, there aren’t many surprises in the Top 4 for Keith Law, who ranked the Giants Top 4 among his overall Top 100 Prospects.  Like most lists, C Joey Bart sits at #1, with Law praising his defense and his power with concerns about his contact skills, and, of course, his ability to not keep breaking his hands.  Unlike some, OF Heliot Ramos is Law’s #2 among the Giants.  Law praised his bounce-back season and boosting his walk rate, and says that if he continues to refine his approach, “he might be a classic No. 4 hitter” with power.

SS Marco Luciano is Law’s third prospect among the Giants, with the bat speed being the obvious plus.  Like many, he also thinks that Luciano will outgrow his position with his frame, and calls him a fringy runner, but with his power, he should be a star.  OF Hunter Bishop filed into the #4 spot for Law.  Law is less effusive about Bishop, noting that he has a propensity to swing and miss a lot and calling him a solid-average left fielder rather than the center field he’s played his entire career.  Law notes that his swing is sound and has the hard contact to think he can hit 30 homers a season, but he needs to work on pitch recognition to get there.

In his overall prospect rankings, Law has Bart at the lowest spot of any of the Major lists at #44 in all of baseball.  Ramos is #52, Luciano is #58, and Bishop also makes the list at #87.

MLB placed the top four Giants prospects in the order we’ve more commonly seen in other lists.  Joey Bart sits atop the list, with Marco Luciano second, Heliot Ramos third and Hunter Bishop fourth.  MLB’s comments compare well to Law, except in the case of Bishop.  MLB notes that Bishop has plus speed he has yet to maximize on the basepaths, but he looks comfortable in center.  It also notes that despite his fringy arm strength, his arm stands out for its accuracy.

From there, the lists diverge as there is plenty of subjectiveness.  For Law, the top pitcher in the system is Seth Corry who slip into the #6 spot, with Sean Hjelle at #7.  As with his reputation, The rest of the list are young, projectable players who might have more risk as opposed to more refined players that are closer to the Majors but have less of a ceiling.  The bottom half of his Top 10 has players who haven’t gotten out of short-season ball with OF Alexander Canario at #5, 3B Luis Toribio at #8, OF Luis Matos at #9, and SS/2B Will Wilson at #10.

There aren’t many surprises Law’s list at all.  Law lists Matos as his sleeper pick of the system, pointing to him as someone who might become a top 100 prospect next winter.

For MLB, the rest of the Top 10 filters out with the same players, but mostly at different spots.  Seth Corry is MLB’s #5, while Sean Hjelle is down at #9.  There is a little variety, as MLB lists Jaylin Davis all the way up at #13, while he’s not in Law’s Top 20.  Law has Jake Wong at #13, while MLB puts him at #23.  There’s not much to be made too much of the various placements, though it’s worth noting that Aeverson Arteaga, one of the Giants’ top international signee in 2019 and hasn’t played for them yet, made MLB’s list at 19.  He’s not on Law’s list.

These represent the last of the major rankings that Giants fans should see before the season begins.  The season won’t start until April 9th to let fans debate before the games truly start. 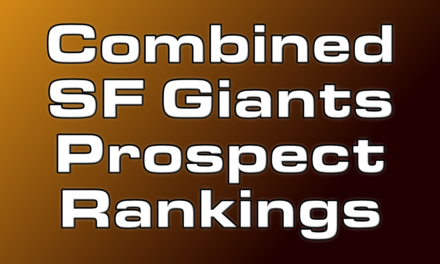 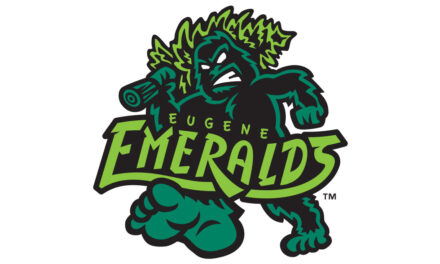 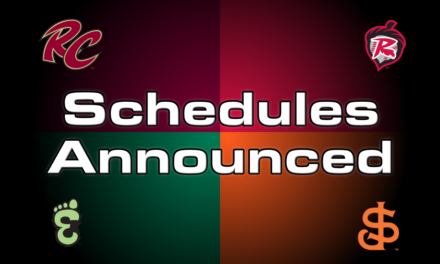