Reports circulated on Thursday, May 7, that baseball is close to announcing the MLB draft for 2020, with a reduction of length from 40 rounds to just five round.

According to Baseball America, the draft is expected take take place between June 10th, its original scheduled date, and July 20th.  Other reports on Twitter have the draft taking place earlier in that time frame as opposed to later.

In this plan, the San Francisco Giants will have seven draft picks, keeping the compensatory picks they received by the losses of Madison Bumgarner and Will Smith.  Their total draft pool to spend on all their prospects would be $9,231,800.  The Giants can spend up to 5% over that without losing draft picks, which would be $9,693,390.

Reports are that MLB sent a proposal to the MLBPA that would have made the draft 10 rounds, with limitations.  It had two major limits, which would have reduced the slot values for picks in the 6th through 10th rounds, and place more limits on undrafted free agents, allowing teams to only signed five free agents at a $20,000 bonus, and limiting the rest that a team might sign to only $5,000.

Baseball America reports that front offices and scouting departments “almost to a person” prefer a 10-round draft, but owners want cost-containment.

To make a comparison, the Giants will save approximately $998,000 in bonuses in the 35 rounds being cut.  Compare this to the combined $9,231,800 they will spend in the first five rounds (seven picks), and one can see that the cost-cutting is very minimal as well as the difference between top picks and the rest of baseball picks.

This will also affect players’ decisions to come out to the pros instead of school.  Usually, college seniors would be forced to go to MLB for low bonuses because there were no other options.  But the NCAA has agreed that all players will get another year of player eligibility, which takes away a lot of the leverage MLB had over older players.  This may also cause a crunch in scholarships available to players coming out of high school and finding college programs, which might have a lot of affects on players in the high school and junior college systems and their decisions.

Regardless, the 2020 MLB class will be the most limited in the history of the draft, with teams being unable to add even a starting lineup, much less a full 25-man roster for a team, from the draft.  With the future of minor league baseball, both this season and beyond, very much in doubt, it may be another move towards baseball’s reduction of minor league teams. 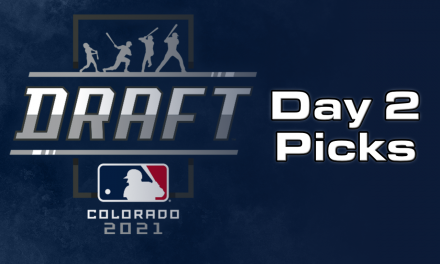