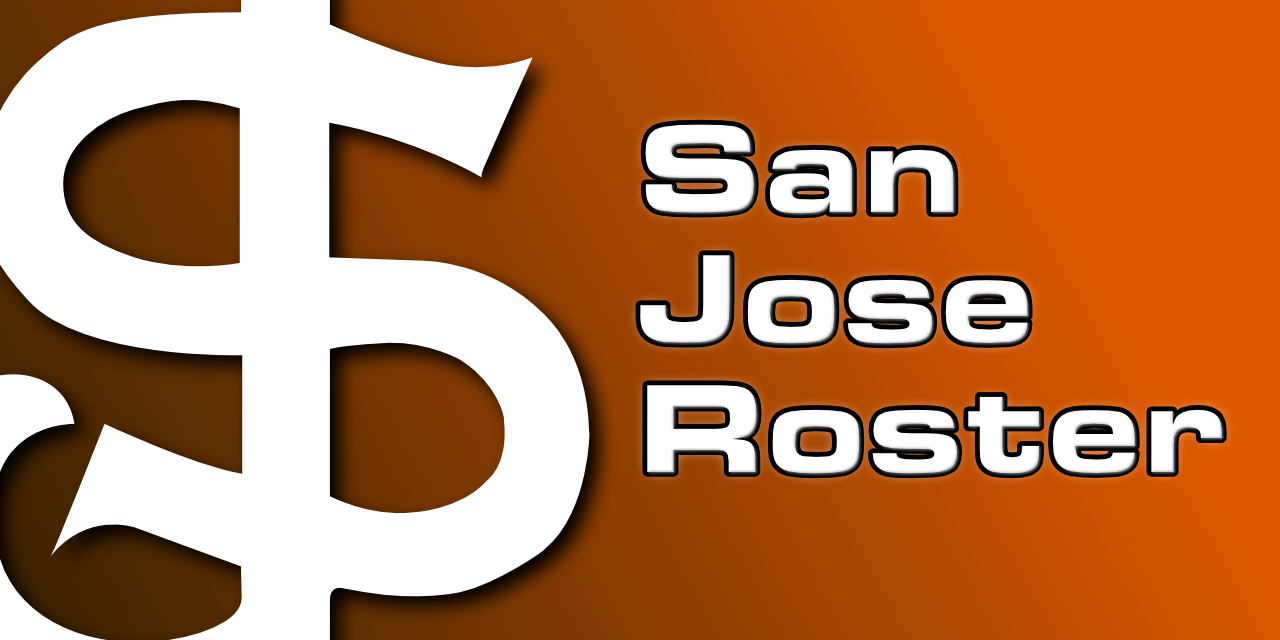 For 2022, San Jose will bring back several young players who ended the season with them as they won the Low-A West title in 2021, but for this season, the team will be powered by an amazing pitching staff.

The Giants spent their first 9 draft picks in 2021 on pitchers, filling in what was a weakness in the system, and eight of them will be on this San Jose roster, and will be joined by two of the team’s top 2019 international signings to make up a stacked staff.

Meanwhile, the batting order will be dominated by recent international signings, and headlined by shortstop Aeverson Arteaga, who had a breakout season in the Arizona Complex League last season, and briefly appeared in San Jose.

Here’s what to look for in San Jose this season.

For the second straight season, San Jose will feature a young shortstop with a ton of potential.  Aeverson Arteaga was signed with a reputation of being a defense-first prospect, so when he was one of the team’s best hitters in Arizona, it was a bit of a pleasant surprise.  Arteaga hit .290/.362/.495, with nine home runs and eight steals in 57 games.  The 19-year old Venezuelan will have a lot of eyes on him in his first full-season assignment.

The Giants 1st round pick in 2021 made only a brief pro debut last season, but he already comes with quite an interesting track record.  Bednar pitched for Mississippi State, and helped them win the 2021 College World Series by dominating and winning the CWS Most Outstanding Player award.  The Giants are hoping that Bednar can repeat that performance in the pros.

Ever since being a 3rd round pick in 2019, McCray has been touted for his athleticism, but he’s never quite found a way to turn it into high-level production yet.  Many people are picking him for a breakout, and this year very well might be it.

Question to Answer: Starter or Reliever?

There’s a lot of pitchers, but one of the most interesting is 2nd round pick Matt Mikulski.  A rare college senior that was drafted high, Mikulski made big adjustments after not being drafted in the short 2020 draft, and had an overwhelming year.  He was ranked as high as the Top 10 players in the Giants’ system by some, but there is still a lot of questions about whether he will start or work in relief.  That question may not be answered this season, but at least we’ll get an idea of how the Giants will treat him this year.

With a lot of very young players, there’s a lot of sleepers on this team to pick from that don’t make a lot of top prospect lists.  But I’m going to go a different direction.  Vaun Brown was the Giants 10th round pick in 2021, and their highest drafted position player.  Brown had a .354/.480/.620 batting line in 25 games in the ACL, with eight streals on nine attempts.  At 23, he’ll be a bit old for the league, but will almost be the veteran leader among position players on this young team, and could be the fast starter on the squad.  He and Alexander Suarez, my other sleeper pick, will fight for playing time in center.

This pitching staff is amazing.  Bednar, Manuel Mercedes, and Esmerlin Vinicio make for a great front of the rotation, with Mikulski probably also there, and high school draft pick Eric Silva having a high ceiling.  Add in recent draftees like Mason Black, Seth Lonsway, Nick Sinacola, and Hunter Dula, and this staff should be one of the best staffs you’ll see.  Also, don’t sleep on catchers Rayner Santana and Adrian Sugastey, two highly-rated young backstops in the farm system. 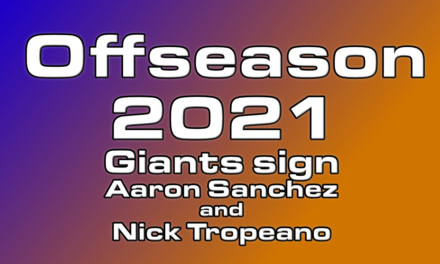 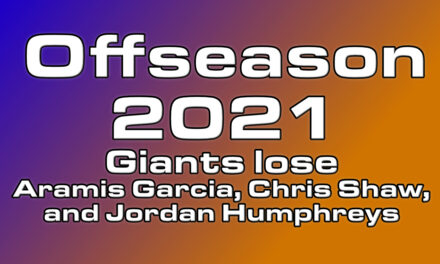 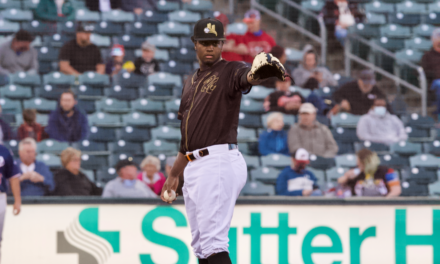