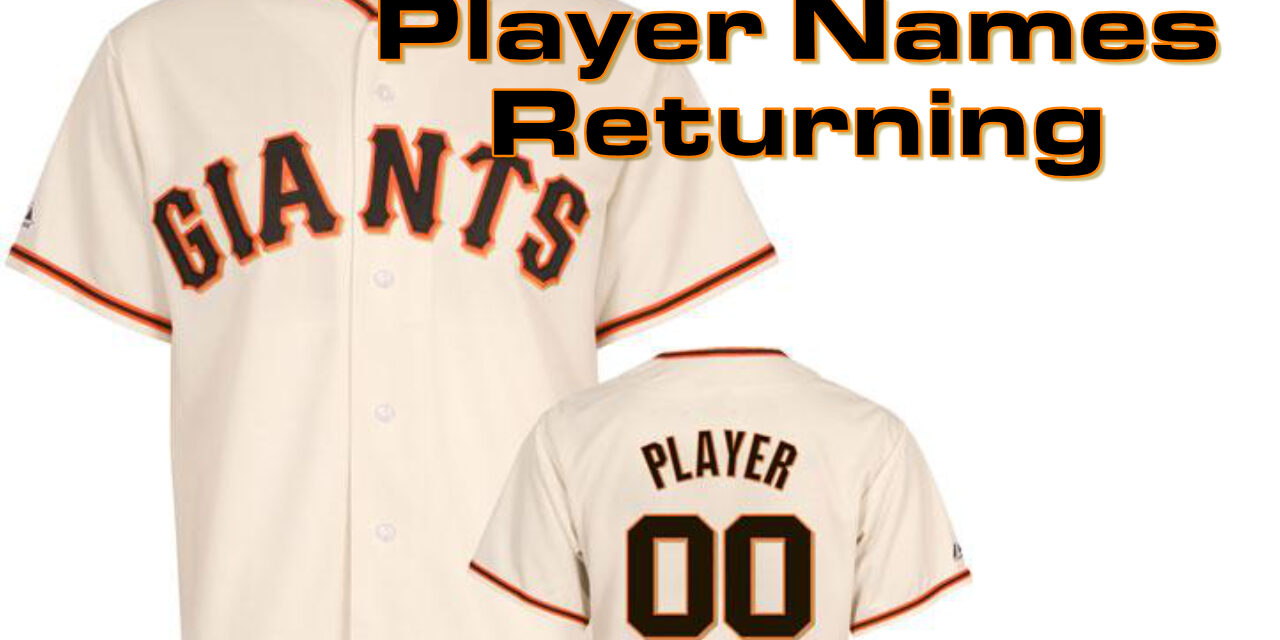 When the Giants moved to then-Pacific Bell Park in 2000, they made their last major change to their home uniforms, trying to embrace more traditional features.  One such feature was to become one of only a few teams to not have player names on the uniforms.  Now, for 2021, that will change.

Larry Baer told the media that the Giants will be putting names back on home jerseys for 2021.

The push to take the names off of the jerseys was led by then-owner Peter Magowan, who was embracing traditional virtues in baseball.  “When we built the ballpark, we wanted it to be an ode to a great era of old-time baseball,” Baer told the San Francisco Chronicle’s Bruce Jenkins. “We had the ‘knothole gang’ feature (fans gathering behind open-air fences to watch the games for free), the asymmetrical dimensions and the same cream-colored home uniforms the Giants had when they arrived in 1958 — with no names.”

One of the team’s other changes in 2000 involved arching the letters of the team name “Giants” on the front, so they were on an arc, as opposed to the letters being straight vertical, again as an ode to the uniforms of the 1958 team.

The Giants were one of the few teams in baseball without names on the backs of their home jerseys, along with the New York Yankees and Boston Red Sox.

Baer indicated the team had been considering the change for a while, but the run of World Series titles made ownership pushing it off, not wanting to create a jinx while the team was succeeding.  “Don’t mess with winning,” he said.

Still, “We thought it was the right thing to do at the right time. We made our submission to MLB and it’s a done deal,” according to Baer.

The change is the first major change to the everyday home uniform since 2000.  The team has had alternate black and orange jerseys at home at different times, but the cream home jersey has remained unchanged. 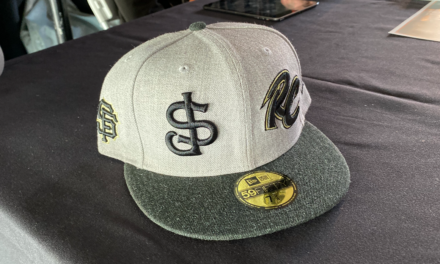 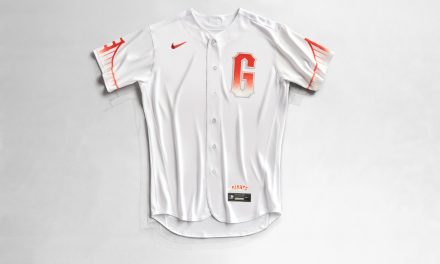