After the news broke that the San Francisco Giants were not going to be able to sign superstar free agent Aaron Judge, the Rule 5 Draft occurred.  For the first time under Farhan Zaidi, the Giants did not make a pick in the MLB portion of the draft, but still got a player picked in the draft, and lost nine players of their own.

The Giants ended up with catcher Blake Sabol, who was taken by the Cincinnati Reds with the fourth pick of the Rule 5 draft, taken from the Pittsburgh Pirates.  The Giants had the 12th pick in the draft, and chose not to take anyone with their choice.  The Giants got Sabol via trade, in exchange for a PTBNL and cash considerations.  Although not selected by the Giants, Sabol is still bound by the roster limitations for the 2023 season as other Rule 5 selections are.

The Giants did not make any selections in the minor league portion of the draft either.

Sabol was originally drafted in the 7th round of the 2019 draft by the Pittsburgh Pirates as a full-time outfielder.  After the cancelled pandemic season, Sabol began playing as a part-time catcher in 2021, but in 2022, he played almost exclusively defensively as a catcher, with just one game in the outfield.  Baseball Americacalled him “limited enough at catcher” that he may not be able to stick at the position.  Sabol joins Austin Wynns and Bart as catchers on the Giants 40-man roster.

RHP Nick Avila, 25, was the Giants 26th round pick in the 2019 draft out of Long Beach State.  Over 47 games between High-A and Double-A, Avila had a 1.14 ERA with 58 strikeouts to 14 walks in 55.1 innings on the season.  Avila had a 0.98 WHIP and held hitters to just a .206 batting average, using a mid-90’s fastball, along with a curve, a slider, and a cutter.  He gets a lot of swingthroughs on all his pitches.  He stands a good chance of sticking with the White Sox all season on the big league roster.

While there is a chance Avila could be returned to the Giants if he doesn’t stick on the big league roster, none of the players taken in the minor league portion have any roster restrictions or need to be returned.

1B Frankie Tostado, 24, has spent the last two seasons in Richmond, where he was an incredibly popular player.  In 2022, Tostado hit .284/.330/.459 with 11 home runs over 77 games before a broken hand ended his season in mid-July.  Tostado was originally drafted in 2017 in the 19th round by the Giants out of Oxnard Community College.

RHP Yoniel Ramirez, 21, spent much of the season in the ACL before a brief callup to San Jose.  He had a 2.70 ERA over 14 relief appearances in the ACL with 26 strikeouts to seven walks in 16.2 innings, before having a 5.79 ERA in nine relief appearances at San Jose, where he had 16 strikeouts to 10 walks in 14.0 innings.  It was Suarez’s second year in the ACL.  He was originally signed as an international free agent in May 2018, and made his debut in the DSL later that season.

RHP Willian Suarez, 24, split the season between the ACL and San Jose.  He had a 3.60 ERA over 14 relief appearances in the ACL, and followed that up with a 4.76 ERA in 12 relief appearances in San Jose.  Overall, he had 91 strikeouts to 24 walks in 47.0 innings.  Suarez was originally signed as an international free agent in 2015, and spent four seasons in the Dominican Summer League before coming over to the ACL for the first time in 2021. 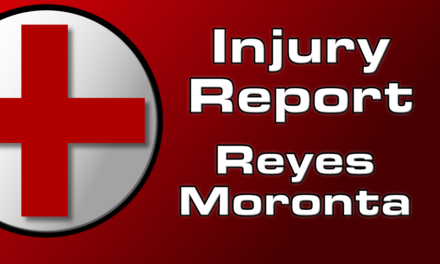