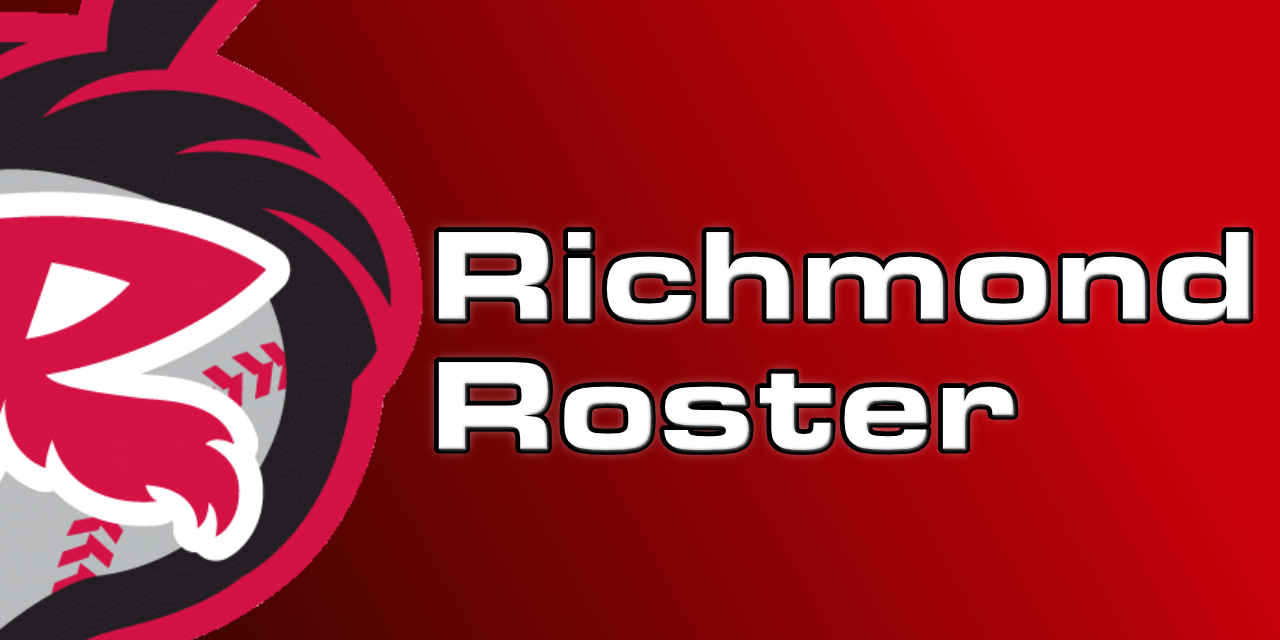 When Double-A Richmond announced their roster on Saturday, it included eight returning former Squirrels, including one of the organization’s most exciting prospects of the Spring (enjoy him there while you can!).

In addition to the Giants #3 prospect Heliot Ramos, the team will feature one of the highest-level top pitching prospects in Sean Hjelle to lead a strong Squirrel pitching squad.

These names are the obvious ones, as the team has only three of the GiantFutures Top 30 prospects on it (for now).  Heliot Ramos became the most-talked about prospect in Spring Training as he just continued to hit and hit, and his stay in Richmond could be as long as five months, or maybe as short as one or two.  The brass will determine when they think he’s ready for either Triple-A or MLB hitting, and it could come fast.

Sean Hjelle is the top of the pitching prospects there in Richmond, with a pretty nice pitching staff.  It’s hard to not discuss the unique pitching angle he throws with coming at hitters, and while he’s not a top ceiling guy, he’s expected to be part of a future rotation in SF.  Tristan Beck, meanwhile, looks healthy and has been getting plaudits for his work in Instructional League.  The now-24-year old Stanford draftee may be coming into his own and could have a Double-A announcement of his arrival similar to 2019’s performance of Caleb Baragar, leading to his excellent 2020 season in the bigs.

There’s a few pitchers to talk about here, but the top of the list is Sam Long, a minor league free agent signing who opened eyes in spring training.  Long last played in Low-A in the White Sox organization in 2019, and the 25-year old could have an impact in the Richmond Rotation.

Also likely in the Richmond rotation is Matt Frisbee, a 2018 15th round pick who breezed through Single-A in 2019.  He had a 10.47 K/9 and a 1.90 BB/9 in 2019, absolutely spectacular numbers for a guy who is more known by fans for a name similar to a plastic disc than what he’s done on the diamond.  Now he’ll do it in The Diamond, home of the Flying Squirrels.

There’s also five relievers worth noting in the bullpen for Richmond.  Patrick Ruotolo is undersized (5’10”) and older than normal (26), but he’s been excellent his entire career (1.59 ERA), including a 0.95 ERA in 2019 when he was limited to just 13 games.  Frank Rubio had a 1.89 ERA in San Jose in 2019 in 32 appearances, though he struggled mightily in a brief Double-A callup that year.  Joey Marciano had a rough 2019 in San Jose, but his run as a starter in Augusta in 2018 (2.58 ERA in 15 appearances) gives hope he’ll break out.  Finally, Raffi Vizcaino returns to Richmond, where he posted a 3.66 ERA in 2019 after going with a 1.69 ERA in San Jose over 11 appearances.  He had his best K rate in 2019, and could finally break out if he can get his control back.  Finally, Mac Marshall has struggled to stay healthy, but a solid-though-brief- 2019 run could finally let the 4th round pick show his stuff.

Finally, if you’re looking for offense, David Villar has been a quietly solid third baseman over his first two seasons, hitting 13 home runs in each, with a career .269/.337/.463 batting line.  This would be a big opportunity for the under-the-radar infielder to stand out, on an offense that needs a leader.

Biggest Question: Can the repeat Squirrels break out?

There are two big names that seem at home on the Richmond roster…because they’re there, again.  Ryan Howard is a notable player in the Giants system, as the top minor league middle infielder as the big league team has a bit of a shortstop shortage.  But after having a lot of helium early in 2019, Howard struggled in both Double-A and Triple-A.  Now he’s back in Double-A, with one of his last chances to prove himself in the Giants system.  The Giants have a lot of infielders ahead of him from outside the system he needs to show enough to earn chances with.

Another recognizable name, though this one because of actual MLB relation, is Jacob Heyward.  The outfielder is in his second stint at Richmond, and he has impressive physical tools, but he struggled mightily in 2019, batting .211/.362/.348 mostly in Double-A.  He’s had to wait for his second go-around, and he could be a very interesting bounce-back candidate.

Part of the minor leagues is all about player movement, and no team in the system is likely to be as affected by that as Richmond.  Heliot Ramos is an obvious name to watch for this, but the Giants could also be promoting up some of the top hitters from High-A quickly, particularly Hunter Bishop and Patrick Bailey.  But the pitching staff will also be prone to promotions, and possibly “demotions”, including some of the top Giants pitching prospects who have struggle in MLB recently, Gregory Santos and Camilo Doval.