Only one game to recap, since the Giants had the day off on Wednesday.  We got more prospect hitting, and a couple of notable pitching performances, including a rough one for a prospect in his spring debut.

Yunior Marte – 1.0 IP, 0 H, 0 R, 0 BB, 1 SO –  Jumped ahead of his first batter, and used an 0-2 breaking ball to get a fly out to left field.  His second batter struck out on three pitches, striking out looking on his slider on the outside corner.  The final batter took four pitches, and grounded out to second.  Marte took only 10 pitches to get through the inning, and did not throw a single ball.

Heliot Ramos – 2-2 – In his 1st AB, Ramos hit a ground ball just out of the reach of the second baseman in the right side hole for a single.  Lined a ball to center in his second AB for his second hit.  With runners on first and second, a single was hit to him, but he got the ball in to the cutoff man fast enough to prevent a run.

Kai-Wei Teng – 0.2 IP, 1 H, 1 R, 1 ER, 2 BB, 0 SO – Very wild to start, walking his first two batters with pitches that were not close.  He started to get a bit more control with his third batter, popping him up to left field.  The next batter singled to right, loading the bases.  Got the second out on a groundball to get the runner at second.  Was lifted after two outs with one run in.  Fastball at 93 MPH

Marco Luciano – 0-0, 1 BB – Took some close pitches in his first plate appearance, and got the walk in five pitches.

Jason Vosler – 1-3 –  1st AB, he grounded out softly to second.  In his second at-bat, hit a ball to center, but it was caught on the warning track for an out.  Third AB, he hit a Texas Leaguer to left with a man on for a single.  Snared a line drive at third to get the first out of the game.

James Sherfy – 1.0 IP, 1 H, 0 R, 1 BB, 1 SO – The first batter hit a grounder that hit the mound (or Sherfy) and ricocheted into the outfield for a single.  The next batter hit a slow grounder to third for a fielder’s choice.  The second out came on an infield pop fly.  He walked the next batter on a breaking pitch in the dirt, but he got the next batter with a swinging strike on a similar pitch.

Luis Alexander Basabe – 1-3, 1 R, 1 SO – Hit a line drive for an out in center in his 1st AB.  He picked up an infield single to shortstop in his second AB.  In his 3rd AB, he struck out swinging on a pitch in the dirt.  Made a fantastic catch in deep left on a line drive over his head and caught the ball backhanded as he reached the track.

Shun Yamaguchi – 1.0 IP, 2 H, 0 R, 0 BB, 1 SO – Fell behind the first batter 2-0, but got a big bouncer to second.  Worked the count full to the next batter, and got the batter swinging on a fastball at the knees.  With two outs, he gave up a ground through the right side.  Gave up an infield hit to the next batter with a high chopper behind second.  With two on, he gave up his hardest contact on a line drive to left, but it was caught on a fantastic play by Basabe.

Chadwick Tromp – 0-1 – After working the count deep, he hit a groundout to shortstop in his first AB. 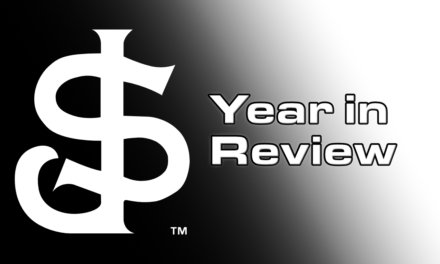