Wow…this one was a weird, weird game.  Finished 13-7* Brewers.  Not a good day for pitchers across the board, and a bad-looking injury to Luis Alexander Basabe casts a pall over this game.  But Heliot Ramos did provide a little silver lining to this cloud of a game.

There were five innings rolled, which means ended before there were three outs.  Three times when the Giants were batting, resulting in eight runners left on base.  One was bases loaded with nobody out.  So…those 27 runs could have been much, much more today. Hence, that asterisk up there.

Of note, Joey Bart was a late scratch from the lineup.  He was originally due to DH, but Heliot Ramos was put in his place.  Bart, however, still made it into the game halfway through as a pinch-hitter.  No word yet on the reason why.

Heliot Ramos – 2-5, 2 R, 1 RBI, 1 2B, 1 HR, 2 SO – Came up with the bases loaded and nobody out in his first at-bat, but struck out looking on a 95 MPH fastball at the knees.  In his second at-bat, Ramos had a runner on first and hit a high fly to right-center that hit off the wall for a double, the runner going to third.  His third at-bat was a strikeout swinging.  In his fourth at-bat, he hit a hard ground ball off the mound that turned into a groundout.  In his fifth (!) at-bat, he hit a huge home run to left-center, that went over the walkway that runs at the top of the berm.

Two strikeouts, one home run, and a double that was feet from a home run.  And a hard ground out.  This would probably be an ideal future outcome for Ramos, he’ll get a lot of strikeouts, he’ll get dingers and hard hits as well.  Overall, just another great day for Ramos as a last-minute designated hitter, who stayed in all game, and it was worth it, since the home run came from the lat at-bat.

Joe McCarthy – 2-3, 2 RBI, 2 SO – In his first at-bat, came up with runners on the corners and two out.  He hit a ball to deep center, but it was caught on the warning track.  In his second at-bat with the bases loaded, he hit a single off the center field wall (strong throw off the ricochet by the center fielder).  His third at-bat with two runners on was a single to right.

McCarthy started off the spring slow, but he’s been coming on.  He came very close to another home run, and generally looked better all game.

Luis Alexander Basabe – 0-0, 1 BB, 2 SB – Showed a lot of patience in his first plate appearance, taking pitches and pulling a walk.  He stole second.  Defensively, on a ball in right center, called off the center field and came in on a near-dive (he dove after the ball came down), and it hit his glove and bounced off for a two-base error.  He was looking directly into a tough sun, and it was more than a bit windy.

In the eighth, Basabe got another line drive out to right field, which he went back on at first, and then came in and dove to try and get the ball.  As he dove ahead, the glove hit the grass and bent back, appearing to injure his wrist.

Okay, onto the negative stuff, which was definitely led by Basabe.  He continued to have troubles when playing right even before the injury, and the sun he was facing in Maryvale’s right field was difficult on top of the wind.  But the injury did not look good, he came off the field very slowly.  I won’t predict what the injury is.

Wilson, like Luciano, is learning the hard way, and today’s game was no different.  He’s got a reputation for being patient, but it looks like he’ll need to get a bit more aggressive, at least with two strikes, because he’s not getting the calls.  However, he was at second base, which many predict is his future position, and had a very nice bit of defense there.

Castro just did not look good.  It wasn’t the worst a pitcher looked today, but the Brewers were on Castro’s fastball, which looked very flat today.  This also wasn’t helped too much by the wind, as only one hit was in the air, the drive to center (which was likely helped by the breeze).

Gregory Santos – 0.2 IP, 3 H, 4 R, 4 ER, 2 BB, 0 SO – His first batter hit a line drive to the warning track in right, but it was caught for an out.  The next batter was a low fastball that was driven for double to the wall.  The next ball was hit to right, and fell in front of the right fielder.  Due to an injury to the fielder Basabe, the runner scored and the batter got to third.  Santos walked the next batter.  The next one worked the count full, and lined a hit to the left field corner, knocking in two runs and getting a triple.  He was able to get a fly ball to center for a sacrifice fly and the second out.  The next batter drew a walk.  Santos was lifted after that.

Another young pitcher who had a rough day.  Santos has a great fastball, but today, it was getting hit very, very hard.  It looked like there was no movement on it at all, and I didn’t get a velocity reading from the broadcasters.  He was also the pitcher when Basabe got injured, and I think that affected him.  His control wasn’t great to start, but after the injury, it was beyond shaky.  Even his outs were hit hard.  Santos is still very young, obviously, so don’t hit any panic buttons.

Marco Luciano – 0-4, 3 SO – Struck out on three pitches, swinging at a slider for the final strike.  His second at-bat led to a fly ball hit to right, the opposite field, for an out.  The runner on second did advance on the out.  For his third at-bat, he struck out swinging at a slider from a sidearm pitcher.  His fourth at-bat ended in a strikeout swinging on a tough slider.  Defensively, had a tough play coming in on a slow grounder.  His throw on the run to Wyatt was a bit wide, but close enough for Wyatt to make the play.

Luciano is taking his lumps from older pitching, as he’s facing major leaguers as a 19-year old.  He will learn and be better than this.

Joey Bart – 0-2, 1 R, 1 SO— Pinch ran in the fifth, came around to score.  In his first at-bat, hit a ground ball to second for a ground out.  In the second at-bat, he swung at a breaking pitch low and away to strike out.  Defensively with Castro on the mound, was unable to catch a high fastball that squirted out of his glove, and let a runner go to second.  In the seventh, a runner challenged him on a throw to second, but just beat the throw and tag.

Hunter Bishop – 1-2, 1 SO, 1 SB – Came in to pinch run for Darin Ruf in the 4th.  Took second on a wild pitch, but the inning ended before he could do anything else.  In his first at-bat, Bishop lined a single over the second baseman to right.  In his second at-bat, he struck out swinging on a slider.  Defensively, he made a nice play chasing down a line drive in the wind.

Patrick Bailey – 0-1, 1 K – Pinch hit with two out in the ninth, and struck out swinging on a high fastball.

Sam Selman – 1.0 IP, 3 H, 2 R, 2 ER, 1 BB, 2 SO – Gave up a first pitch home run to the first batter he faced off a breaking ball.  Two pitches into his second batter, he gave up another home run on a breaking pitch.  The next batter hit a weak ground ball to shortstop for a groundout.  The next batter singled up the middle, and then Selman walked the next one.  Selman came back to get two strikeouts swinging, both on his curveball.  Fastball: 90 MPH

Logan Wyatt – 0-2 – Defensively, Wyatt made a nice play catching a bit of a wild throw from Luciano to get an out.  In his first at-bat, fought off a pitch on his hands and killed his bat for a weak ground ball to first.  In his second at-bat, he hit a slow bouncer over the mound, and was just barely thrown out.

Jason Krizan – 0-1, 1 SO – Struck out swinging on a high fastball at the eyes in his first at-bat.  Defensively, got eaten up by a pop fly behind second, and it fell in for a hit.

Trevor Gott – 1.0 IP, 1 H, 1 R, 0 ER, 0 BB, 2 SO – Boy, did he start off unlucky.  The first batter he faced hit a line drive to right center that bounced off Basabe’s glove for an error.  The next batter hit a pop fly behind center that got caught in the wind and evaded the second baseman.  Gott got a strikeout swinging next.  After that, a batter did get a high fly just foul get into the wind and drop despite fielders being there.  That batter survived, and hit a deep fly to center field for a sacrifice fly.

I just have to say, man, I feel bad for Gott.  He seems like he upset an ancient spirit that’s cursed him with bad luck.  It was a tough outing. 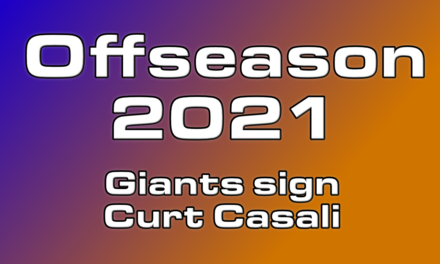 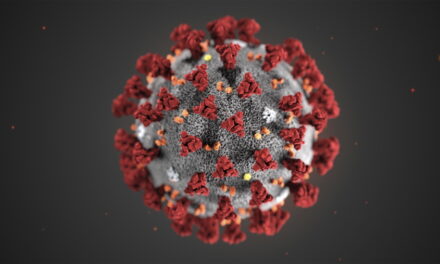