The Giants took on the Cubs and faced half their everyday big league lineup (and former Giant Matt Duffy), and had an interesting day.  The Giants won, but it was powered by expected big leaguers with Donovan Solano going 3-3, Wilmer Flores hitting a home run, and Buster Posey with a double.  So today wasn’t a huge day for the prospects.

Still, we got to see the spring debut of one of the Giants starting pitching prospects.  And one of the spring’s hardest workers had a breakout game.  So, onto the notes!

Jason Krizan – 1-1, 2 R, 2 H, 1 HR, 1 HBP – In his first at-bat, he hit a line drive home run to the Giants bullpen in right, knocking in two runs.  In his second plate appearance, he was hit on the foot.  Defensively, Krizan was in left field and saved the win with a diving catch near the line to get the final out with the tying and winning runs on third and second respectively.

Krizan has been in the background much of the spring, while playing a lot.  The minor league free agent signing out of the Mets organization is one of five players that have appeared in a team-high eight spring games, is batting .250/.357/.583 with a double and his first home run.  He also iced things off with a game-ending dive for a catch in the outfield.  Six of his eight games this spring, Krizan has been at second, and this was his second game in left field.

Sean Hjelle – 1.0 IP, 1 H, 0 R, 0 BB, 0 SO – Making his Spring debut.  The first batter he faced flew out to deep left.  The second batter he faced hit a groundout to short.  The third batter lined a single over shortstop.  His fourth batter hit a line drive to center for the final out.

Hjelle made his spring debut, and worked fast and efficiently.  He did not dominate like some pitchers, but he also did not seem to struggle.  A pedestrian outing, but a good one for the top starter prospect that is closest to the bigs.

Nick Tropeano – 2.0 IP*, 1 H, 1 R, 1 ER, 2 BB, 2 SO – As the starter, he faced a lineup that held some of the Cubs’ top batters.  The first batter quickly hit a line drive to the warning track in right, which was caught.  The next batter swung at the first pitch and grounded out to the second base position in the shift.  The third batter struck out swinging at a breaking pitch low and away.  In his second inning, he walked the first batter he faced.  He got a groundout to first which advanced the runner, and then gave up a single to right which scored the runner.  With a runner on first, he worked a deep count and got a strikeout looking, with the runner going and successfully stealing second.  He walked the next batter, and hit the next one.  The inning was ended after this with two outs and the bases loaded.

Tough start for the starter hopeful.  His first inning went quick thanks to some early swings, but he got a touch of wildness in his second inning, and did not get out of that inning.  Tropeano still has a shot to make the opening day roster.  He was facing the best of the Cubs in this game.  This was also only his first run allowed in three appearances.

Wolff is an interesting prospect who is a bit older (29) and has put up interesting numbers, including a 1.78 ERA at Double-A in 2019.  But this outing he was not fooling anyone today.  He was giving up some loud contact.  But he has been getting a lot of chances, as today he was the first Giants pitcher to make his fourth appearance.

Joey Bart – 0-1, 1 BB, 1 SB – Pinch ran for Evan Longoria in the 6th, and stole second (MLB app says Bart took the walk, but he didn’t on the radio).  He scored on Krizan’s home run.  In his first at-bat, he walked, while avoiding getting hit a couple of times with high-90’s fastballs.

I swear, Longoria took that walk and it was Bart that pinch ran.  MLB.com is lying.  Or, just wrong.  Otherwise, it was a pretty pedestrian day, with nothing notable happening.  Oh, BART STOLE A BASE.  Well, it’s not as rare.  Bart has 7 career stolen bases in 130 minor league games, and has been caught 5 times.  So it’s not unheard of.  Enjoy it while this catcher can, though.

Heliot Ramos – 0-1, 1 RBI, 1 BB – Hit a bounding ground ball to shortstop for a ground out.  In his next at-bat, he came up with the bases loaded, but walked on four pitches which weren’t very close.

Camilo Doval – 1.0 IP, 1 IP, 1 H, 1 R, 1 ER, 1 BB, 1 SO – Struck out his first batter looking on three pitches, with an inside slider finishing it off.  He clipped the next batter’s jersey with that slider for a HBP.  The next batter drew a walk, and on 0-2, he threw a slider that got poked through the hole between third and short, scoring a run.  The next batter hit a weak grounder to second for a double play to get out of the inning.

Will Wilson – 0-1 – Swung at the first pitch he faced, and grounded out to third.

Jaylin Davis – 1-4, 1 SO – In his first at-bat with a runner on first, he grounded into a double play at second base.  Stuck out on three pitches swinging in his second at-bat.  In his third at-bat, he hit a fly ball to right for an out.  For his fourth time up, he hit a slow grounder up the third base line for an infield hit.  Defensively, in the fourth a double was hit to the wall in center.  Davis played the ball quickly and got the ball into the cutoff man, which was relayed home to tag the runner attempting to score out.

Jarlin Garcia – 1.0 IP, 3 H, 1 R, 1 ER, 0 BB, 1 SO – This is his first appearance this spring.  The first batter he faced laced a single to center.  He struck out the next batter.  The third batter he face lined a double to center.  A great relay throw got the runner at home for the out, with the runner going to third.  The next batter hit a single to left, scoring the run.  He got out of the inning on the next batter with a groundout to third.  Fastball: 93 MPH

Dominic Leone – 1.0 IP, 1 H, 0 R, 0 BB, 2 S) – The first batter he face lined a double to center, hitting halfway up the wall.  His next batter lined out to left field.  He struck the next batter out swinging.  The last batter hit a grounder in front of the plate that was fielded by the catcher.

Chadwick Tromp – 0-0, 1 BB – Took a walk in the scariest way possible, hitting the deck to avoid getting hit in the head by a 98 mph fastball. 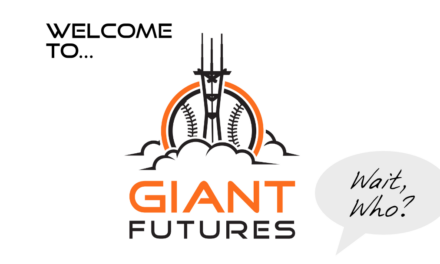